Is Section 179 Right for Your Business?

It’s probably safe to say that all businesses focused on growing profits want to save money any way they can. In the material handling and distribution center warehouse industry, we face huge expenditures on upgrading our forklifts and other equipment, labor costs, new technology and finding affordable fulfillment solutions. What if there was one simple way we could save some money on our taxes every year?

Using the words “simple” and “taxes” in the same sentence may seem like an oxymoron, but let’s take a look at a tax situation we may be able to take advantage of to save some money. As with all things taxes, Section 179 has some pros and some cons. Most of us understand that when Uncle Sam offers a “tax break”, there’s usually a caveat in the system somewhere. However, using Section 179 in the material handling and DC warehouse industry can help some of us purchase needed equipment.

Section 179 is a part of the IRS tax code. Basically, it allows businesses of a certain size to deduct the full purchase price of qualifying items in one tax year, rather than deducting smaller amounts for depreciation over the number of years that item has usefulness.

Section 179 is designed to stimulate the economy by encouraging businesses to purchase qualified depreciable assets. These assets are supposed to help a business grow by giving them the tools necessary to keep up with their competition – and even surpass them. On the other side of the coin, manufacturers and retailers benefit when their goods and wares are purchased. Win-win, right?

It would certainly seem so since Section 179 was introduced in 2002 as an economic stimulant and hasn’t gone away – yet. In fact, in 2017 and again in 2021, significant changes were made to Section 179 which still apply to this day. These changes opened the door for more businesses to qualify for the tax break, as well as increased the amount we could spend to qualify.

Although Section 179 is still available for tax year 2022, we never know from year to year if it will still be in effect for the next year.

What are the Rules of Section 179?

As with anything given to us by the federal government, there are rules to Section 179. There are probably more rules in tiny print and legalese that only a tax attorney can understand, but here are the basics:

Here are some of the items that are not allowed under Section 179:

These are just a few. There are most likely more. As with any tax-related issue, you should always consult with a business tax professional.

So far, so good. Easy, right? For those of us who are not tax accountants, what exactly does all this mean and what are the benefits of expensing a new or used item rather than counting the depreciation year after year? 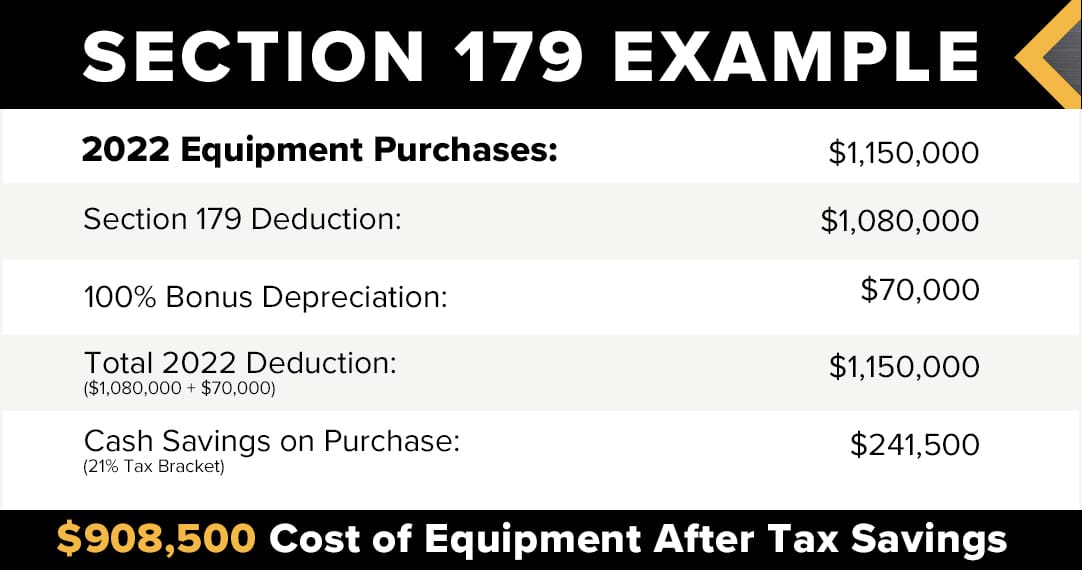 This is just an example, but it gives you an idea of the amount of cash you could potentially free up for other vital operational costs – such as hiring enough labor to get you through the holiday busy season.

According to the experts, a few issues could crop up and cause problems if you decide to use Section 179 to purchase material handling or DC warehouse equipment. Obviously, if you are taking your full depreciation in one lump sum at the beginning, you cannot then depreciate it annually as you normally would. This could create an issue with subsequent years’ taxes.

Other issues with using Section 179 include:

A Note About Bonus Depreciation

Only profitable companies may use Section 179, whereas there is no defined income limit for bonus depreciation. 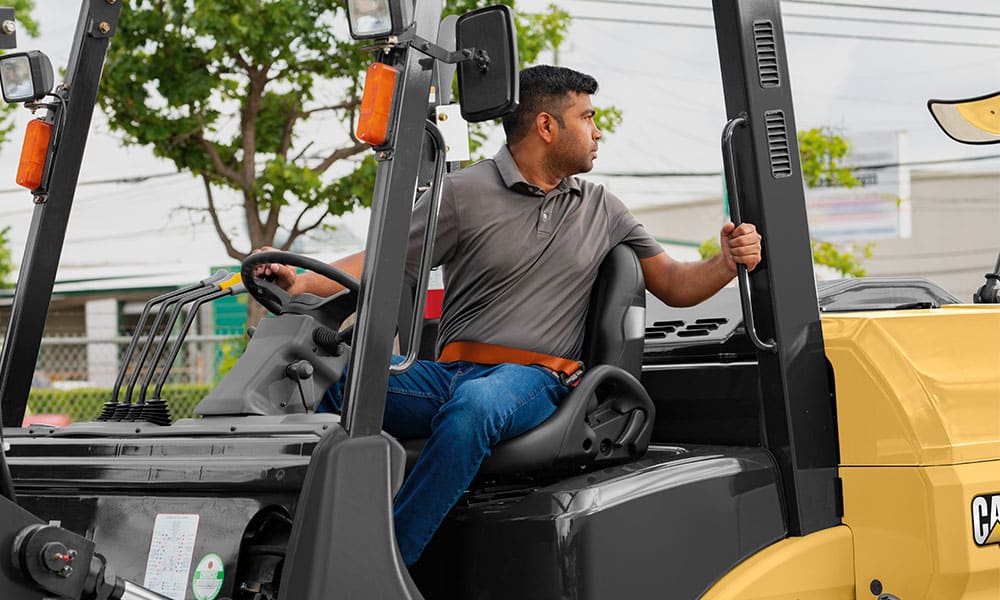 If you think your material handling business may benefit from Section 179, there are basically two steps to make sure you are doing right now.

Number two is the critical step at this point. We’ve all been dealing with equipment shortages and a messed up supply chain, so you’ll want to move now in order to have that eligible piece of material handling equipment (that shiny forklift) on your property and in use before the end of the year. Don’t wait too long and lose out on valuable time due to weather and the holidays.

At Darr Equipment, we can help you find the material handling equipment you need to get your business to its highest level. Contact us today for more information.

Spread the love
Don't see what you need?

We know trying to search for the right thing can be difficult. Customer service is where we really shine.

Tell us a little bit more about what you’re looking for, and someone will contact you shortly.